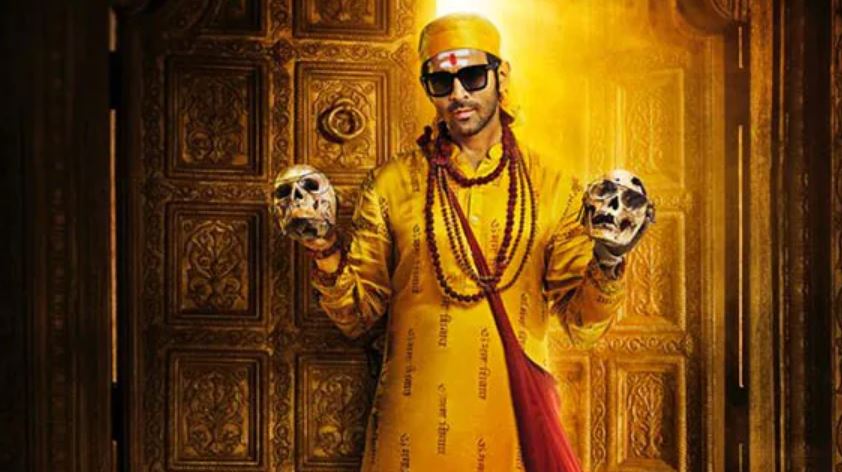 Shooting of this movie began on 9th October 2019 and Sheduled to release in theatres on 31st July 2020. But Makers coudn’t did it because of Covid Pandemic Restrictions. Now it was finalised to release on 25th March 2022. The cast and crew reunited again after one year in March 2021, but the filming was disrupted after Kartik contracted the virus, and then later due to the lockdown in the Covid-19 second wave. Check out the Bhool Bhulaiyaa 2 Movie OTT Release Date, Digital Rights and Satellite Rights on this page.

Bhool Bhulaiya 2 is a sequel to Akshay Kumar, Vidya Balan starrer that was a mega hit. Priyadarshan had directed the 2007 film . It was a remake of the 1993 Malayalam film ‘Manichitrathazhu’.

Bhool Bhulaiyaa 2 movie is all set to Hit bigg Screens on 25th March 2022. As of Now OTT Relesae dates details aren’t announced by the film makers. First glimpse was released on 29th September 2021. Director said that it is a Different Movie and not the Sequel of Bhool Bhulaiyaa (2007).

Bhool Bhulaiyya 2 is slated to release in theatres on 25th March 2022. At first this movie was scheduled to release in July 2020, but coudn’t and Postponed to 2 years later. If everything goes well in theatrical release, then OTT Release date can be expected in April / May 2022.