Seetimaarr Movie OTT Release Date and Digital Rights: Tollywood actors Gopichand and Tamannaah Bhatia’s upcoming film Seetimaarr is all set to release soon. The makers of the movie, Srinivasa Silver Screen, have announced that the film will be released in theatres across the Telugu states on September 3 but later the date was postponed to September 10 due to unknown reasons. 3. Seetimaarr is a U/A certified film expected to be an action-packed sports drama revolving around kabaddi, and is directed by Sampath Nandi. The director is known for his previous movies such as Paper Boy, Bengal Tiger and Goutham Nanda, among others. 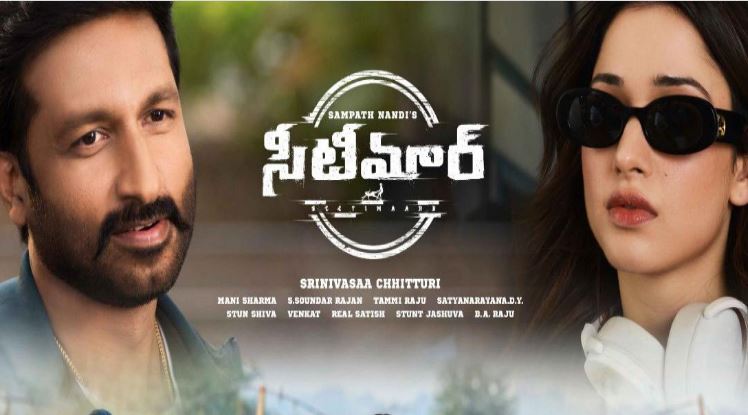 Recently, The makers also released the teaser of the movie which received a positive response from the audience and garnered over 11 million views on YouTube. Apart from the teaser, a few songs, including Jwala Reddy, the Seetimaarr title song and Pepsi Aunty featuring Apsara Rani, have also been released. Here are the Seetimaarr Movie OTT Release Date and Digital Rights.

Actors Gopichand and Tamannaah will be seen in the lead roles of Seetimaarr, essaying the characters of coaches of two different kabaddi teams. Gopichand will be seen as the coach of Andhra kabaddi team, while Tamannah will be seen as Jwala Reddy, the chief coach for the Telangana kabaddi team. The movie also has Digangana Suryavanshi, Bhumika Chawala, Apsara Rani, Rao Ramesh and Posani Krishna Murali among others playing important roles.

Earlier, Seetimaarr was slated for release on April 2, 2021, but with the sharp increase in the number of COVID-19 cases and the eventual closure of theatres in Andhra Pradesh and Telangana, the release was postponed to September 10, 2021.

Seetimaarr Movie is all set to have a theatrical release on 10th September 2021. OTT Rights Details of the movie aren’t announced by any of the film makers as if now. However, the latest rumors suggest that Seetimaarr digital streaming rights have been acquired by Disney+ Hotstar. Movie Makers sold Satellite+Digital rights of the film for a whopping price. Gemini TV approched makers For Direct OTT release in Disney+ Hotstar but they refused it, So The makers are get ready for Theaterical Release date will announce shortly.

W can expect the Seetimaarr OTT Release date in the month of October 2021. So, stay tuned for the latest updates from the makers.