Shershaah Movie Review and Rating: After a series of biopics, Bollywood’s obsession grew towards the patriotic movies. The success of URI has inspired the movie makers to come up with more plots based on the real-life incidents. With BHUJ on Hotstar and SHERSHAH on Prime, audience who love patriotic war dramas can have a gala of time. Releasing just a few days before the Independence Day, SHERSHAH has raised several expectations and it didn’t fail. 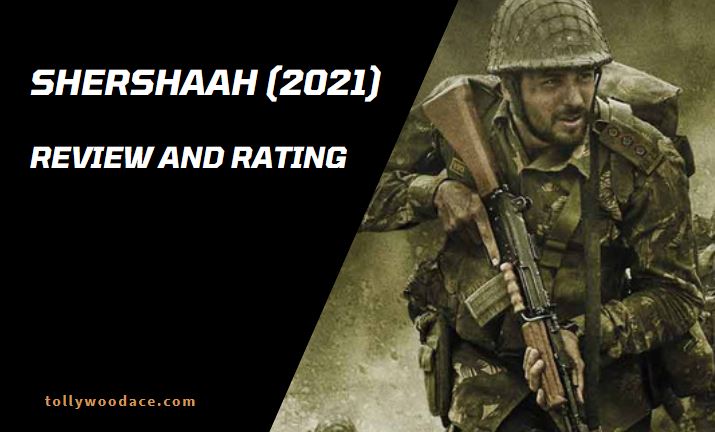 Siddharth Malhotra has given one of his best performances today. He surely needs to be given credit. This is one of the film he surely will be remembered for.

Talking about Kiara Advani, who plays the character of army man’s love, a Punjabi woman. Kiara has done a good job and I am quite impressed with her accent particularly the Punjabi speaking skills she has shown in the film. Worth taking a note of it.

Nikitin Dheer also stars in the film and he has done his role well. Saw him in an army uniform for the first time. He is usually seen as a villain. This time I have seen him playing a good role, that of an army officer. He does his duty well and is among the senior officers who loses life while fighting a battle. Short role he got, but he surely received his prominence.

Battle scenes, action scenes were great. Martyrdom and the feelings related to it were also well portrayed. From the war, I specially liked the scene of aerial attack by the enemy. That was really a visual treat to watch. Sounds of bullets and bombs were quite frequent in the later half of the film. It’s expected as it is a war film but even in between of the bullet and bomb noises, some light moments shared by army members like ‘shengdana khao.. Subah se lad raha hai’ etc were shown in the film. These moments gave a humane touch to the action scenes. Otherwise, we would think these army men are not people. We would think they’re are robots fighting a war with only sounds of bullets and bombs and no communication between them.

Dialogues were good. My favorite one was ‘Tiranga lehraake aunga ya tirange me lipatke aaunga’ a dialogue made as a promise to a friend before going to war. Beautiful scenes in the film right from beginning to the end. Film did justice to both love stories – Couple story as well as Desh bhakti. Did not feel it was entirely a love film neither entirely a patriotic film. No love story was given more importance than the other.

Songs were also beautifully written, sung and composed. My favorite two from the film ‘Raatan Lambiyaan’ and ‘Kabhi tumhe yaad meri aaye’. ‘Raata Lambiyaan’ made me groove whereas ‘Kabhi tumhe yaad meri aaye’ touched me and made me remember my lost one. The funeral scene of the army man was so beautiful. It made me remember the funeral of an army man in our neighborhood Major Shahid Kaustubh Rane. Beautiful film, people. You should never miss this film particularly if you want to see a patriotic one this Independence Day. Bharat Mata ki jai.

Lastly I would say, you can watch this film more than once. So good is the film. I would also thank the makers for displaying photos and names of the original war heroes in the end part of the film. These army men deserve their glory and honor. We are all proud of them