Upcoming Telugu Movies 2021 Theatrical Release Dates: Cinema halls in India started reopening in July after several months in the shadow of the pandemic second wave. As we all know Theatres and multiplexes had been shut down since April because of the coronavirus second wave. Now with Standard Operating Procedures and precaution measures, There has been a steady increase in Cinemas across pan-India with more than 8000 screens operational at the moment. 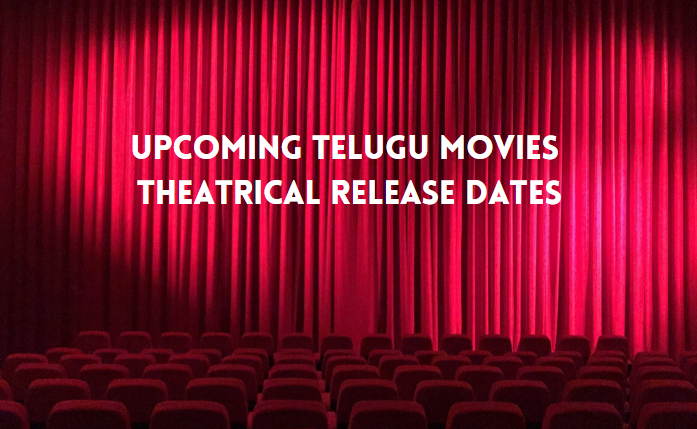 Solo Brathuke So Better, Master, Krack, and RED movies are on the top list of most-watched Telugu films post lockdown. In the coming days, we are going to see a big lineup of Telugu movies in 2021 which got halted in 2020.

This is the curated list of Telugu movies released in 2021 and the movies that have been scheduled for release in the coming days of 2021.

Sridevi Soda Center is the biggest Telugu release in cinemas post the resumption of movies after the second wave. The 70MM Entertainments banner hopes to start a second hat-trick with the mass movie that hits the screens all over on August 27th.

Directed by S Darshan, Ichata Vahanamulu Nilupa Radu revolves around an unconventional storyline. The film is inspired by real events. With music composed by Pravin Lakkaraju, IVNR is produced by Ravi Shankar Shastri, Ekta Shastri and Harish Koyalagundla under AI Studios in association with Shaastra Movies. The makers brought M Sukumar for cinematography with Garry GH for editing.

As per the guidelines under the phased lifting of restrictions under ‘Unlock 5’ the government had directed sops for Theaters and Multiplexes. The precaution measures at Indian Movie Theaters include Fifty percent occupancy, limited show timings, Sanitization, social distancing, thermal screening, adequate protection gear for the staff, and compulsorily providing phone numbers for “contact tracing”.

The Cinema Halls of the country have been permitted to operate at a 50% occupancy rate. All screens were shut down much before the nationwide lockdown was announced last year in March and were also the last to re-open. Slowly, filmmakers are bringing back films to the theatres and have been announcing the release of their films. South Indian movie Master starring Vijay became the first major Indian film to release on January 13 this year. Similarly, Krack has been the first big film released in more than 1000 theaters. With the success of these South Indian films at the box office, other filmmakers are also expected to follow suit.